His VEER blocking scheme is used for Inside Veer, Zone Dive, Triple arc, & Speed Option.   The email today will take an in depth look at these schemes

Before coach Lee became head coach of one of the top rushing offenses in NCAA D-2, he coached high school ball.   He took over a 1-9 high school program and 3 years later went 12-1, losing in the state semi-finals.  Using the SAME offense that he now uses in college, the GROUND STRIKE produced 3 of the highest scoring offenses in New Mexico high school history.

He gets it.  He knows the challenges high school coaches face.

In this article, Coach Kelley will talk about the subtle  differences with Inside Veer, Zone Dive, and Triple arc.

In order to keep the email short, he will only show blocking vs a Split Defense.  He does go thru blocking vs 3-4, Bear, and 4-3 defenses on the 21 courses he made for CoachTube.

In addition to the 21 courses, each 45 minutes long…He has also shared over 20 hours of game film !!!  WOW.   That is over 40 hours helping coaches

Let’s start with Inside Veer, which is the base option scheme.  You only want to run this play when there is only one defender outside the handoff key, which allows the Wing to block the Inside linebacker or safety.  Lee calls this a LOAD block.

Look at the play on the right.  The End with the circle around him is the handoff key and the Backer outside him will be the pitch key. By running at the “tightest tackle”, the 1-tech, it allows the RT to get the ILB and the Wing to get the Safety.

The play on the left is being ran at the “widest tackle”, the 3-tech, so the LT cannot get the ILB, forcing the Left Wing to get him and the safety is unblocked.

In order to make sure this never happens, the QB checks the direction of the play at the LOS and Lee goes into great detail explaining how he teaches his QB to make those checks at the LOS.

The Inside Veer is a 47-minute long course on CoachTube, plus an additional 10-minutes of raw game film with both pressbox and endzone views.

Even though the majority of the triple option flexbone community calls this the ZONE DIVE, it really comes off the Inside Veer blocking scheme.   9 of the 11 players do exactly what they do on Inside Veer.

The reason it is called “Zone Dive” is because the Left Tackle and Left Wing are zone blocking the D-End and ILB.

The Left Tackle does a “Pinball technique”, which means his first step is a 45-degree veer step like he is going to block the Inside Linebacker.  This is the same first step he makes on Inside Veer.  However, on Zone Dive, he pushes off his right foot to block the D-End….who was the UN-blocked handoff key on Inside Veer.

So this is not an option play.  It is a DIVE play.  The Fullback “Hits It Hard, Get a Yard.”

This 41-minute long CoachTube course is the 3rd in the GROUND STRIKE SYSTEM.  He goes thru running it at a 1-tech, 3-tech, Headup 2-tech, and odd front Nose.  Then Lee covers the SPEED OPTION play……

Full post content only available to members. Sign up for a FREE Fan Membership now!
Or signup for one of our Paid membership plans
Note: After signing up (opens in a new tab) return to this blog post and refresh the page. You will now have full FREE access to this post plus all others under our Coaches Corner!
Categories: COACHES CORNER, Triple Option 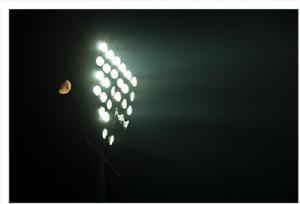