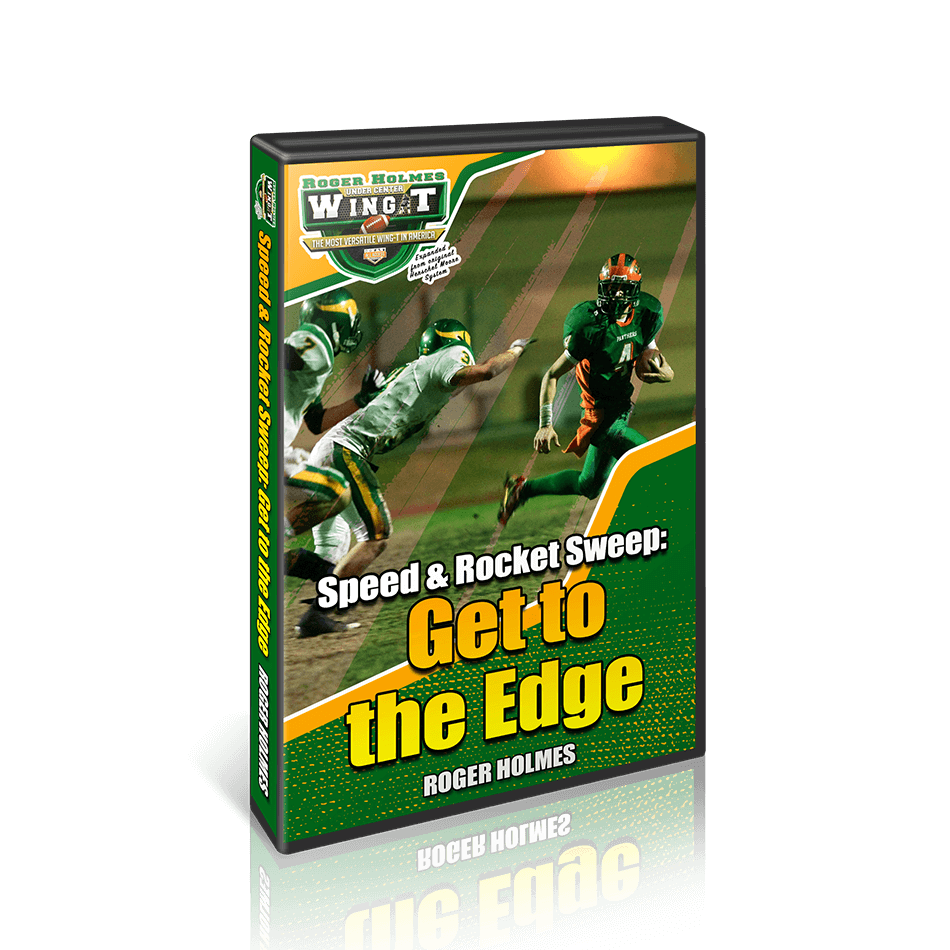 “When Coach Holmes brought his speed sweep to Georgia, nobody in the state knew how to stop it” –veteran GA coach who lost in playoffs to Holmes

The Speed Sweep, also called Jet or Fly, is designed to effectively move the ball with undersized linemen ad gets the ball to the edge SUPER FAST.

Coach Holmes coached under Hall-of-Fame Herschel Moore, who many give credit for inventing this play.

The Speed Sweep makes it hard for the defense to key on one player, is hard for an opponent's scout team to run, it shows very few tendencies, and gives you a numbers advantage at the point of attack.

And it is ridiculous easy to install.

Deception is the key to the offense and Coach Holmes diagrams and uses game footage to demonstrate the key deception points. Swartwood covers position-by-position assignments versus multiple fronts. He runs it to Tight End side, Split End side, out of Empty, out of 2-back sets, and 1-back sets.

The snap count, timing of the snap, and taking the handoff is explained.

To strengthen the play, Holmes diagrams companion plays: Belly, Down, and Guard Trap. Rocket Sweep is a dangerous weapon to any offensive system.

If you are looking for an offense that is simple for your players to understand, difficult for defenses to defend, and creates mismatches at the point of attack, this is a "must have" for your library.

GAME FILM: Out of Unbalanced