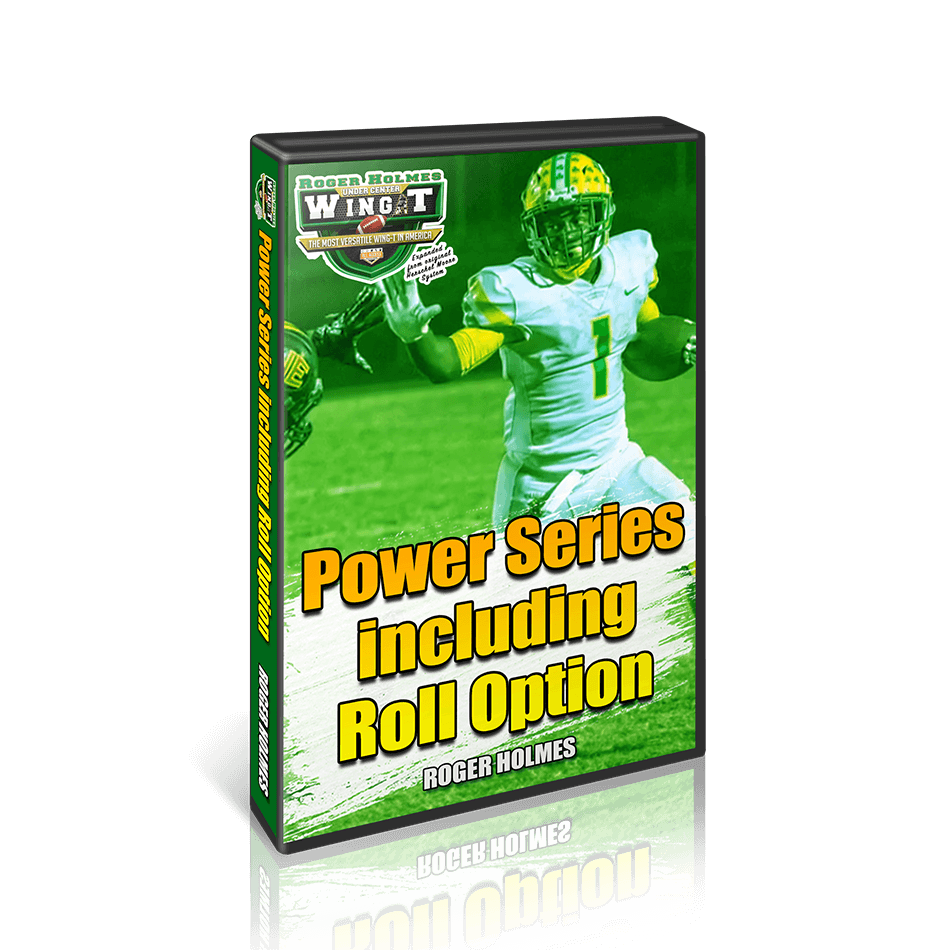 Watch the free samples below and you will quickly see why Coach Holmes has set the Georgia scoring record TWICE !!!

Control the clock while averaging 3-6 yards per play

The Power is an effective way to block and neutralize the defensive end and render a superior athlete a non-factor. Coach Holmes breaks down the many different blocking schemes that will wreck odd and even defensive fronts.

Holmes delivers a look at the power series versus many different defenses and shows why the Herschel Moore blocking system is the most versatile in all of football. There are answers to whatever the defense throws at you.

you'll learn how to use multiple formations to give the defense different looks and still run your power play.

The Power O of the Wing T

Power vs End lines up on Wing