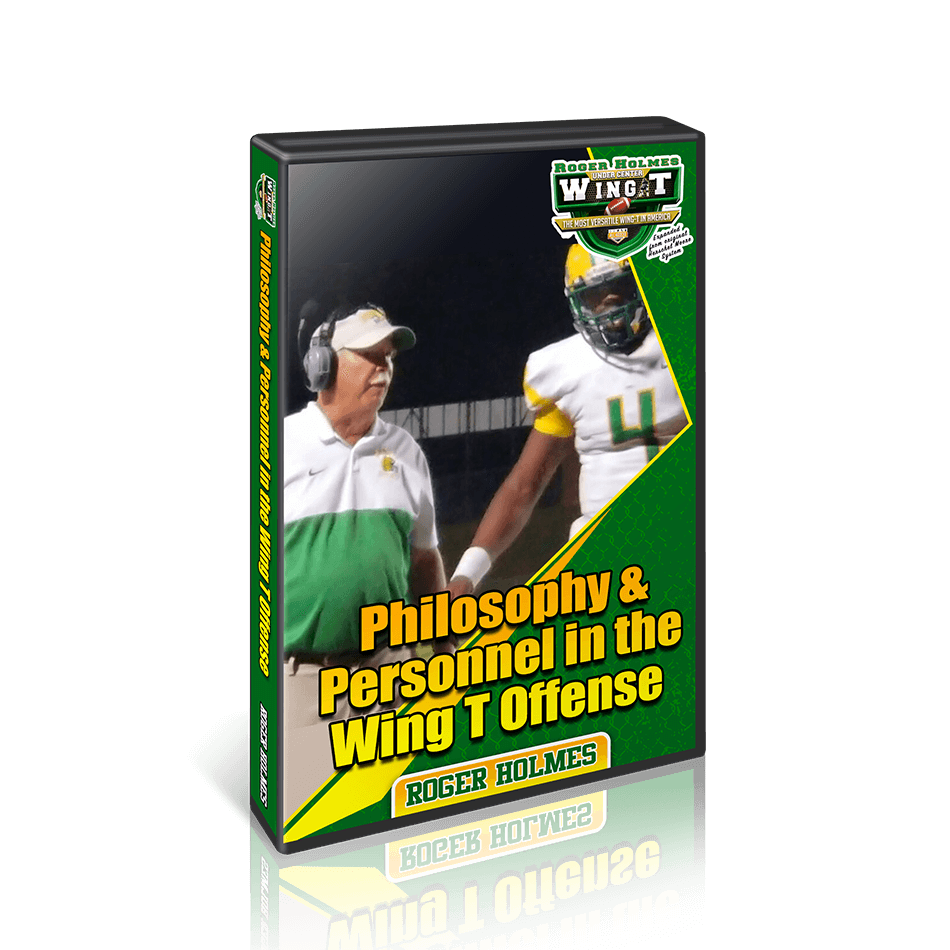 Won a STATE TITLE and 8 REGION Championships in Georgia

WANT AN IN-DEPTH EXPLANATION OF WHAT THE WING-T REALLY IS?

If you can only draw up the 3 or 4 formations that are all over the internet...then you have no clue.

If you think it is Buck Sweep ran at a TE/Wing edge...then you have no clue.

If you think that all of us Wing-T coaches do is DOWN BLOCK and PULL GUARS....then you have no clue.

If the Defensive player does this, then we do that.

If the Defensive player goes left, then we go left.

If this defensive player makes the tackle, then our next play call is.....

Coach Holmes draws up all the plays that are put into the Buck, Down, & Belly series, or "families"

QB. What to do if he is great at running option. What to do if he is great passer.
Why are the Wings are the homerun hitters. Jets & Counters
Fullback
Tight End must be a great blocker before he is a pass catcher
Why are the Guards the MVP of the Wing-T? They make line calls, checks, they double team, they escape to backer, and yes they pull
You can win a CHAMPIONSHIP with Guards that are 150 to 180 pounds.
How many TOUGH kids do you have on your campus that weigh 150, 160, 180 pounds? Put them at Guard !!
The Center has to have long arms. Why?
The Right Tackle is the last pick on the offensive line.
50-minutes long

1. What is the Wing T?
2. Plays in the Buck Series
3. Plays in Strongside Down and Weakside Belly
4. Putting D-End in Conflict
5. Putting OLB in Conflict with Option
6. Force the Defense to Adjust to Unbalanced
7. Passing the Ball
8. WingT is a Very Creative Balanced Offense
9. Defense Does Not Win Championships
10. Placing Players in the Correct Positions
11. Big Plays Happen on the Perimeter
12. A Wing T Philosophy
13. Build Offense Around QB
14. Is Your QB a Runner or a Thrower
15. Dominate on Offense with Backup QB
16. WINGBACKS: The Explosive Home Run Hitters
17. FULLBACK: Strongest, Most Physical Runner
18. TIGHT END: Block first, catch second
19. GUARDS: The MVPs of the Offense
20. Long Armed CENTER
21. RIGHT TACKLE: The Last Pick
22. Putting Your Kids in the Right Spots

What is the Wing T?

Plays in Strongside Down and Weakside Belly