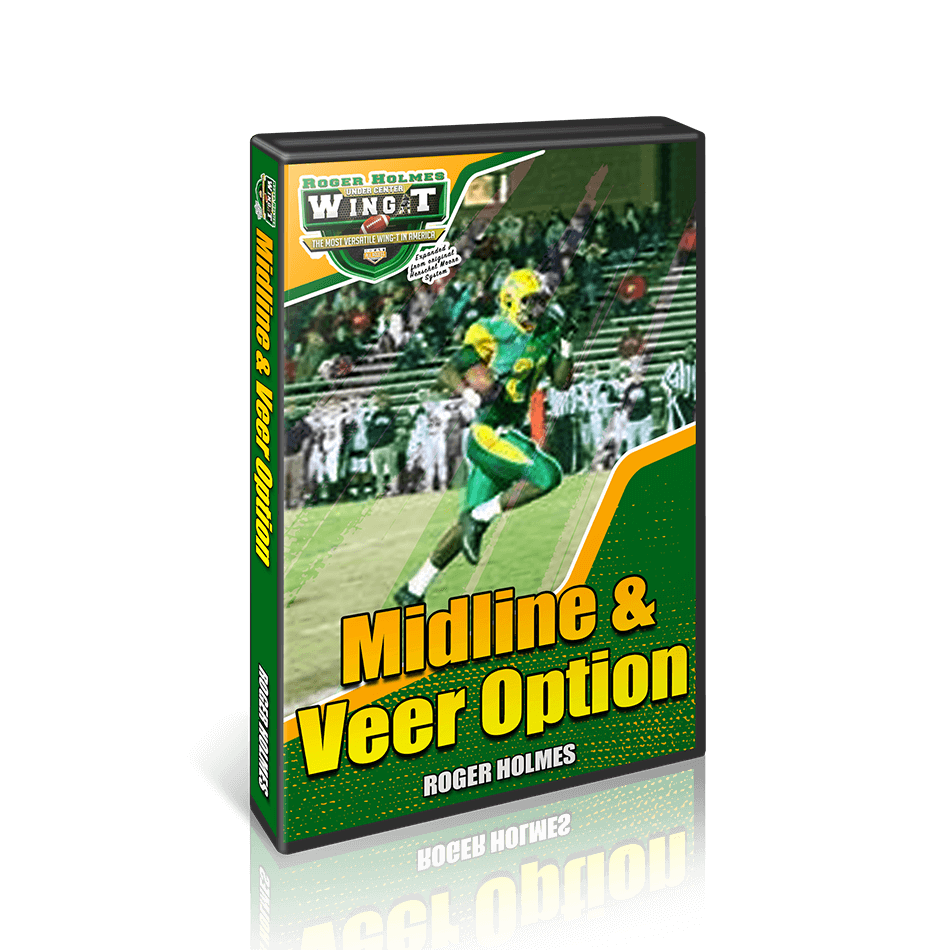 This 90-MINUTE video shows how MIDLINE & VEER always makes the Coach look like he made the right call.

How did Coach Holmes win the 2019 GEORGIA STATE TITLE while only throwing 2 passes the entire game?

How did Coach Holmes team RUSH for over 700 yards in one game and led the entire state, all classifications in rushing with 6,200 yards?

BY HAVING A POWERFUL RUNNING ATTACK THAT HAS ANSWERS FOR EVERY DEFENSIVE ADJUSTMENT!!

The VEER attacks the weakside alley which makes the BUCK SWEEP a better play on the strongside.

VEER is the answer for penetrating defenses and stops them from playing man-to-man.

VEER drawn up out of 8 formations
VEER blocking vs 5 fronts
Answers and variations vs 3-tech and 4i-tech.
MIDLINE vs both Odd & Even Fronts.
5 Blocking Variations for MIDLINE.
If you run Midline & Veer this is a great video as Coach Holmes gives you his 29-years of experience creating answers for all the stuff defenses throws at us.

If you are a WingT team, find out why Midline & Veer are great complements and forces the Defensive Coordinator to run that much more scout in practice the week they play you.

If they are doing a good job shutting down the WingT....then start running Midline & Veer.