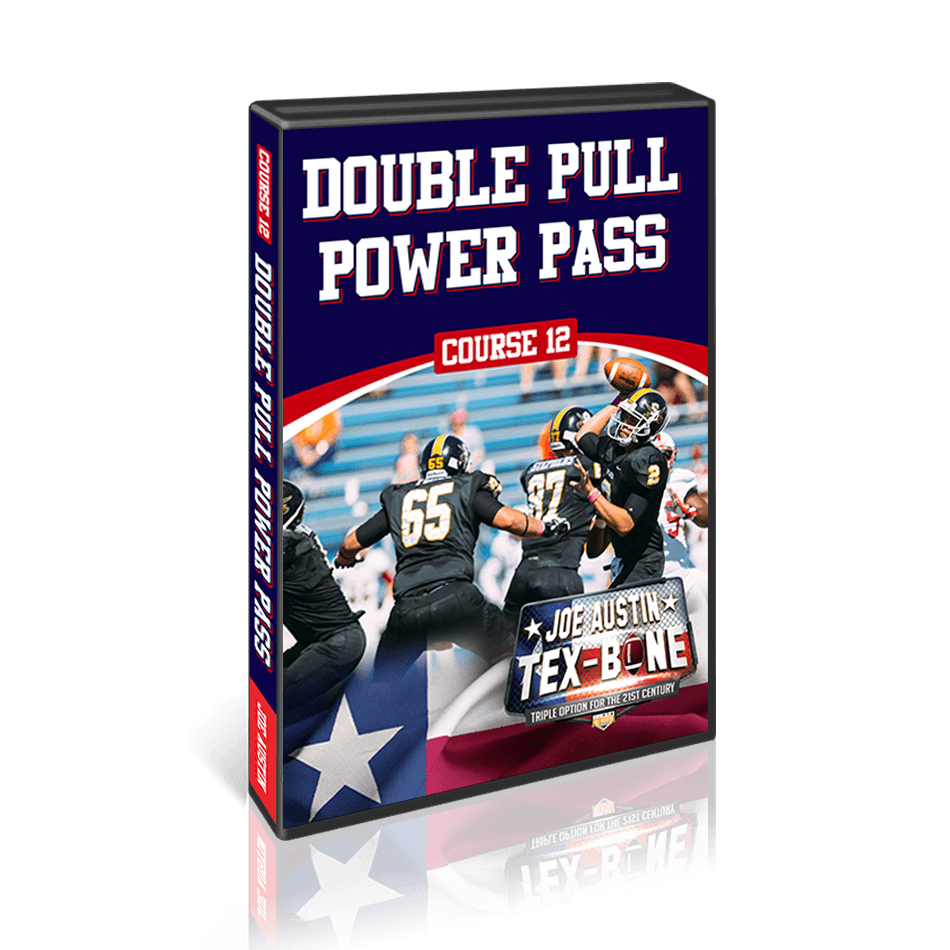 The Tex-Bone is triple option for the 21st century

We will explain pre-snap blitz identification and how 7 man protection can become 8 man using TE/Wing.

Can also be an EMPTY Pass Protection.

Shows how to get the Wings out on pass routes to get 5-WR patterns.

Establishing an immediate vertical pass threat is key when you run play action passes. Here we will help you figure out what you are looking for as you coach your quarterbacks to make the right read in the play action pass game.

Why the TEX BONE?

Picking Up the Blitz