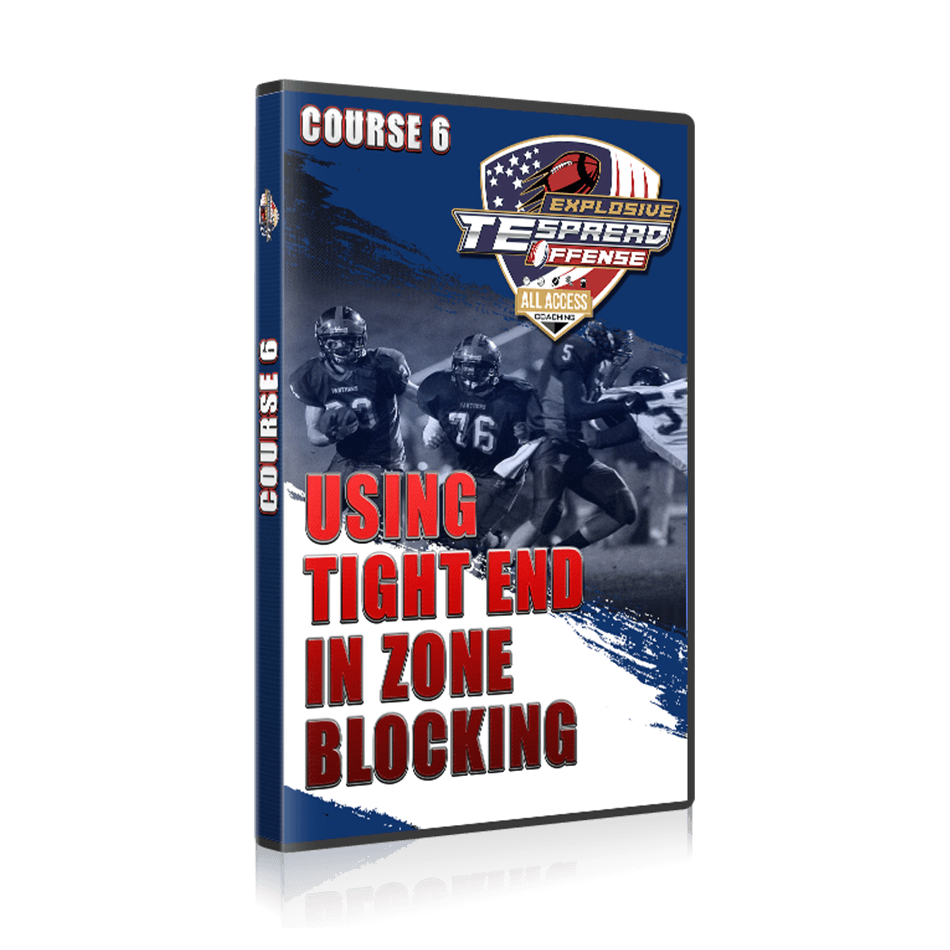 This Webinar is the MUCH shorter version of Coach Barella’s Tight End blocking course that is part of the EXPLOSIVE TE-SPREAD OFFENSE Series.

Inside Zone vs 43, 425, 50, and Bear
Stretch or Pin-Pull vs odd and even
Midline, which they run on the backside of all zone plays
Power
Power Read
Coach Barella has had great success on the college level coaching Tight Ends and Offensive Line

Who is Coach Barella