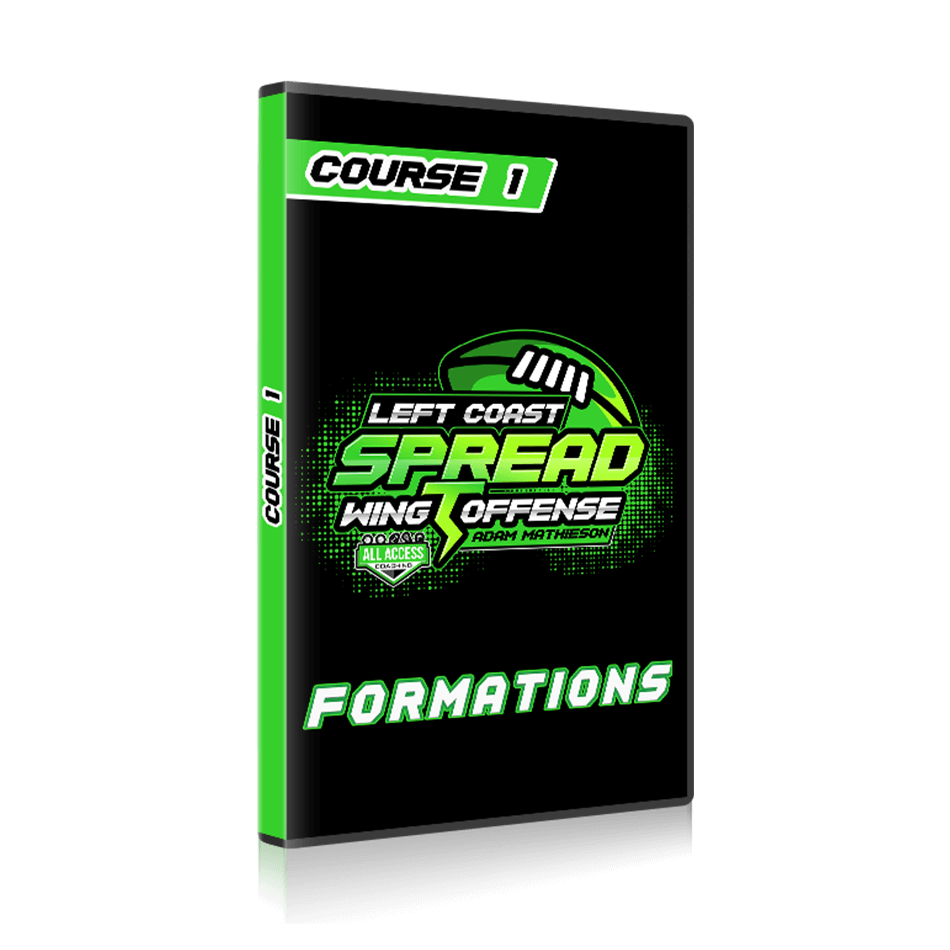 53-17 League Record
91-44 record with one of the toughest strength of schedules annually in the Pacific Northwest
Coach Mathieson coaches in the challenging Greater Saint Helens League in Washington State.

The GSHL annually produces some of the top programs in the State of Washington.
In order to compete with many of the elite programs locally and in the state, Mathieson had to devise an offensive system that could combat an increasingly challenging schedule.

His program has had only 2 Division I football players in 12 years, but his competition can average three or more D-1 players PER SEASON!!!

What happens when you create a system that is rooted in time tested West Coast Passing concepts, while combining modern Spread / RPO principles and traditional Wing-T Gap blocking patterns?

1. The LEFT COAST SPREAD WING-T System
2. What's In This Course
3. Type of School and Players
4. The HOW behind the Left Coast Wing T
5. Defend 8 Run Gaps and 4 Verticals on Every Play
6. How to Force Defense to Adjust
7. Entire Point of the LEFT COAST SPREAD WING-T
8. Getting the Play In
9. Tempos
10. Personnel Groups Heavy
11. Game Film Buck out of under center heavy
12. Buck out of under center wing right
13. Game film Buck out of Wing Right
14. Buck out of Shotgun Spread
15. Gamefilm Buck out of Shotgun Spread
16. Base Formation Wing Right
17. Sub Formation Hip Right & End Over
18 Spread Formation DOS
19. Trips Formation
20. Empty Formation Sprawl
21. End Over Trey Scatter
22. Summary of all primary formations
23. Conclusion

What's In This Course

How to Force Defense to Adjust

Game Film Buck out of under center heavy