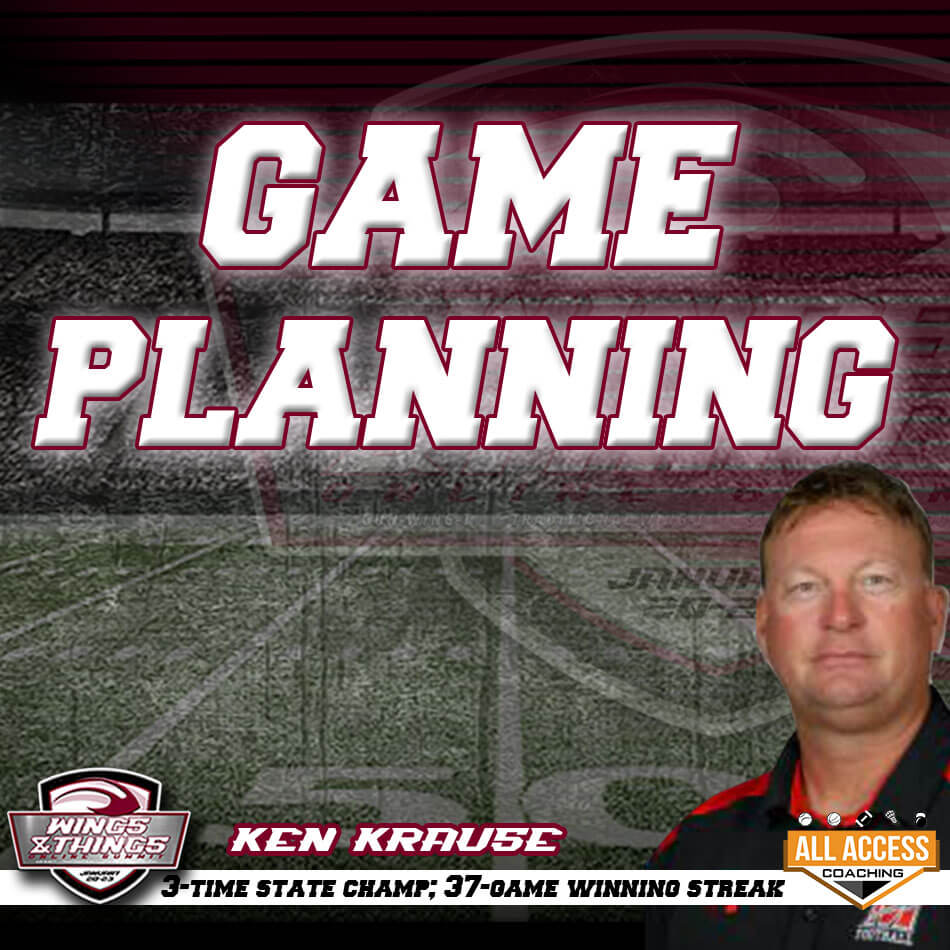 Coach Krause will go over how he game plans for an upcoming opponent. Coach will go through what he does on the weekend, throughout the week and how he and his staff call a game on Friday night. Muskego has averaged over 35 points per game the past 11 years while winning the past 3 State Championships in Wisconsin.