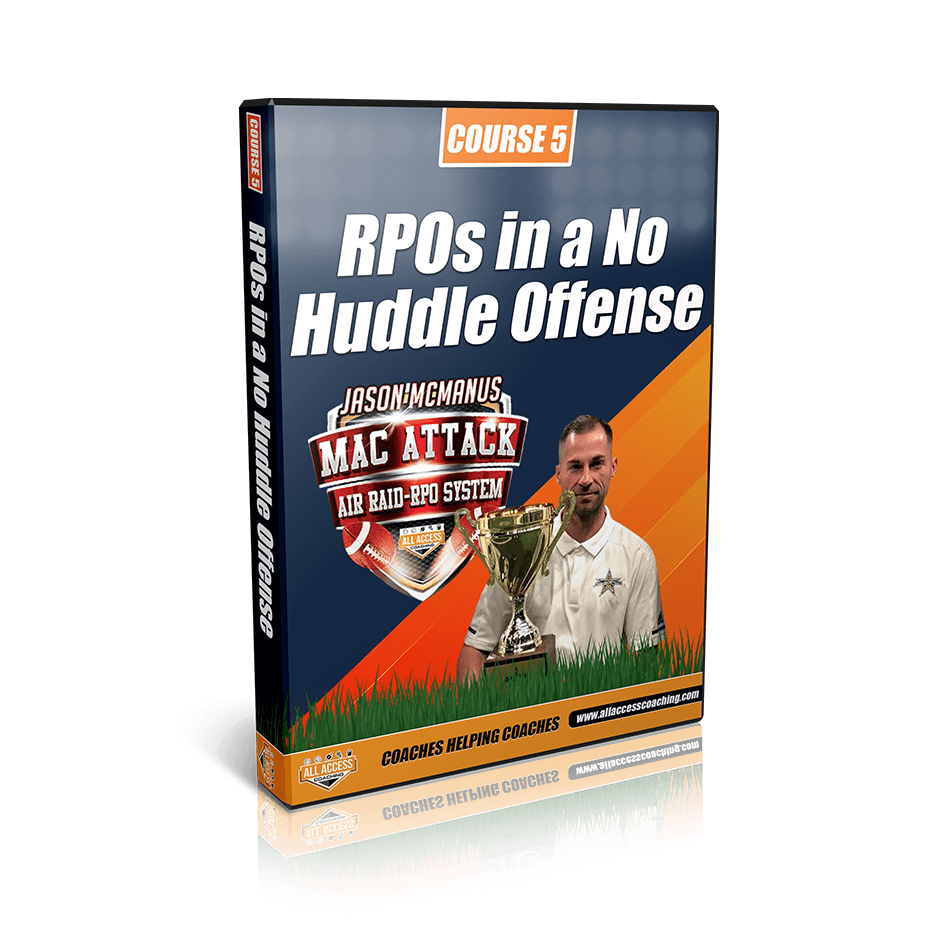 RPOS in a No Huddle Offense

These are NOT the RPOs that the rest of the country is running! No copy-cat schemes in the MacAttack Spread Offense.

Buy this course
Categories Air Raid, MacAttack, OFFENSE, Passing Game, RPOs, SYSTEMS Tags air raid, course3, Jason Mcmanus, RPOs
Coach shows you game film of every play with a Tight End, with an H-Back, out of Trips, and out of 2x2 This is not clinic talk on a board. Coach has over 80 minutes of game film as he pauses, rewinds, and uses the HUDL drawing tools to explain every play. Coach starts off with 15 plays out of multiple formations. Counter, Trap, Draw, and Inside Zone are married with Wheel, Seam, Stick, Speed Out, and Bubble. SECOND LEVEL RPOs outside the huddle is something very unique and puts the defense in a bind. The QB has the option to handoff, run the ball, or pass the ball. Inside Zone, Counter, and Power are the run plays married with Wheel, Seam, Stick, Speed Out, and Bubble. Coach "window dresses" it by running the same play using the H-Back six different ways! THIRD LEVEL RPO slows down aggressive safeties and corners.

Introduction to Different Types of RPOs