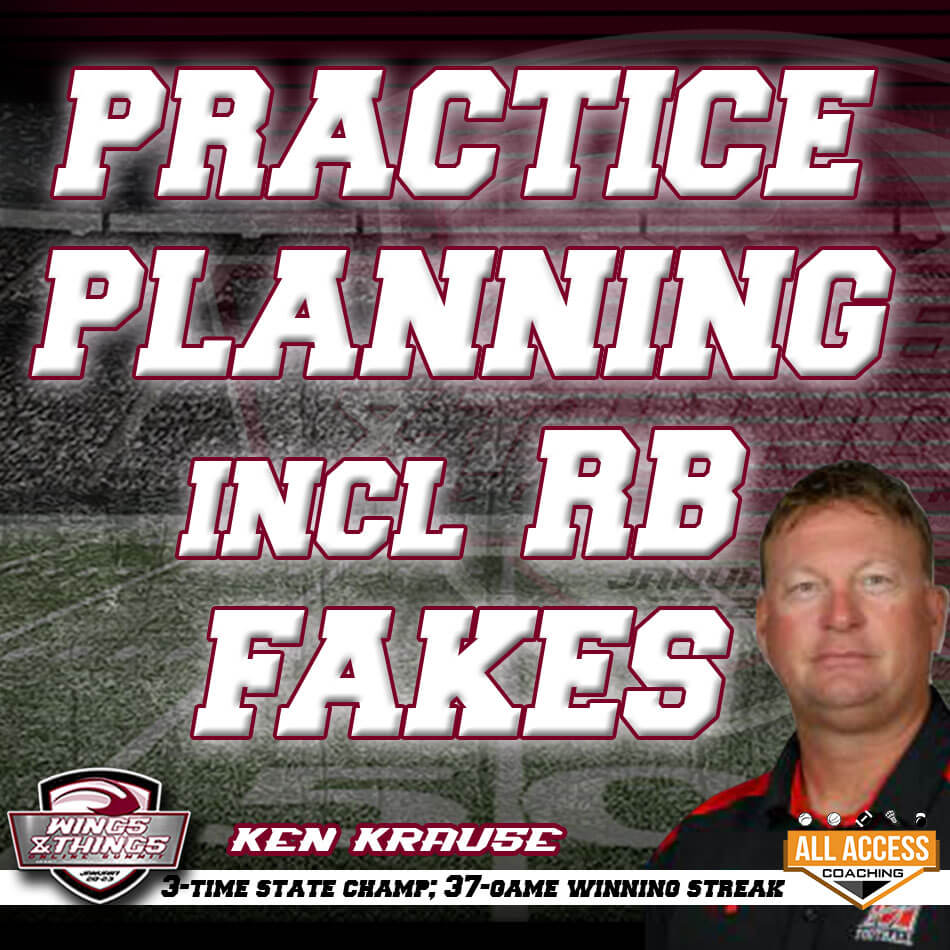 Coach Krause will discuss and show film of in season practice organization.

Coach Krause has been head coach for the past 24 years and he and his staff have won 37 straight games and the past three state championships in Wisconsin, while averaging over 35 points per game the past 11 seasons.