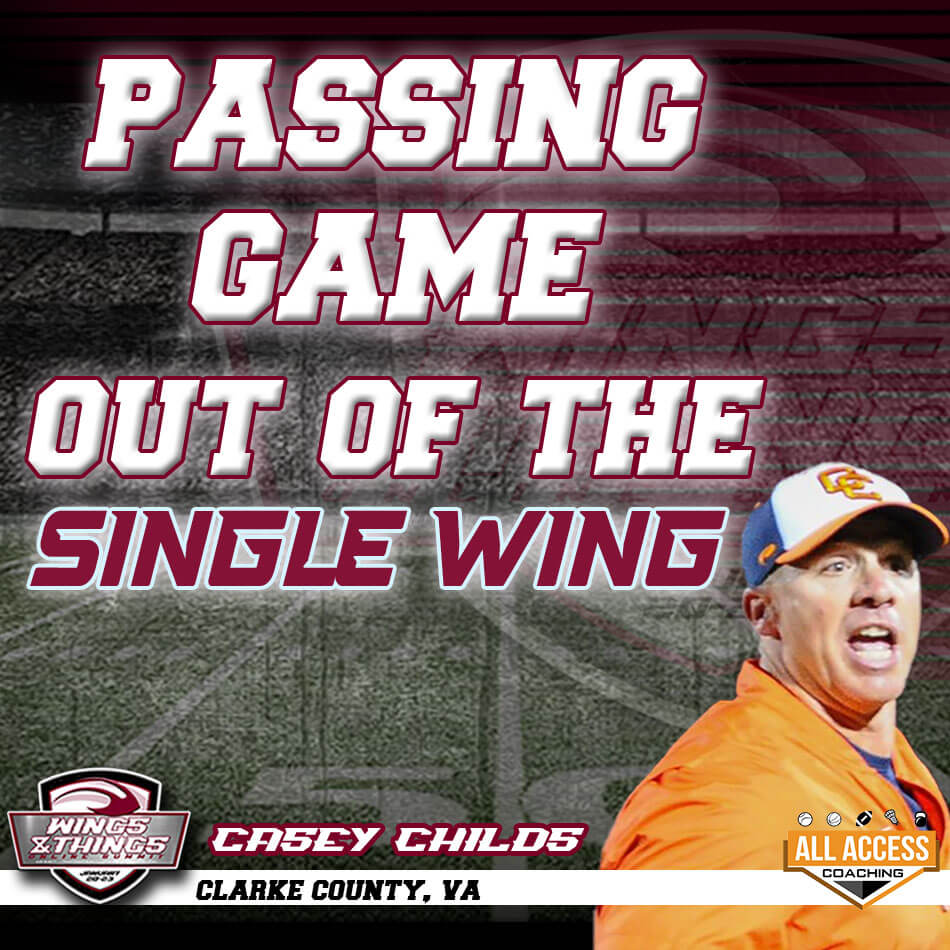 Passing Game Out of the Single Wing

9 out of the last 13 Regional titles

9 out of the last 13 Regional titles

This is NOT your grandfathers Single Wing. This is NOT the offense that the 4 Horsemen ran at Notre Dame.

Coach Childs has made it sexy and even tougher to defend.

And you can-NOT talk passing game without covering PASS PROTECTIONS

Coaches like Childs run the Single Wing so they can dominate and punish teams with the run.....AWESOME.

But that doesn't leave much time in practice for complicated pass schemes....

Catch & Throw Quick Game
Semi Roll to call side
Sprint Out
Screen Game
Coach will draw it up on the board and then back it up with game film: