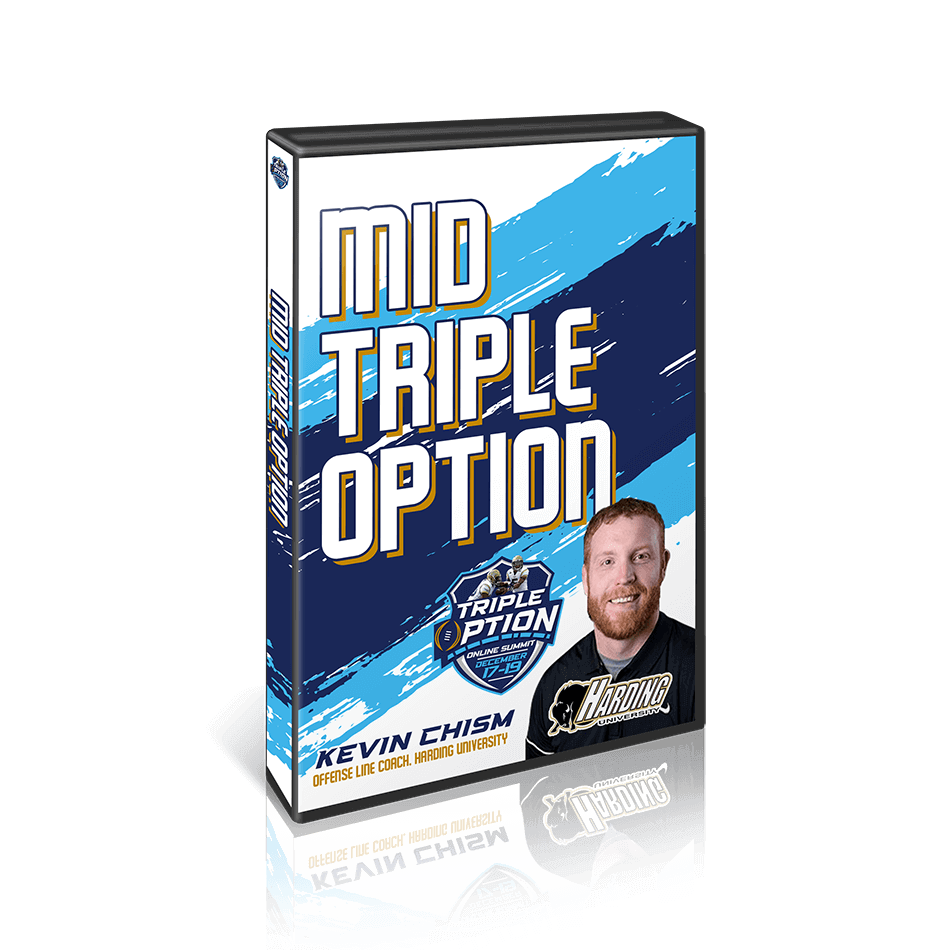 Harding head coach Kenny Wheaton is considered the inventor of the midline at the high school level.

Find out why the MID-TRIPLE is the bread & butter of any option attack It is adaptable to Wing T, and can easily ran out of Pistol, Shotgun

the MID-TRIPLE is a double option that in its simplest form reads the B-gap defender. But Chism will show you several ways to execute the play.

Coach Kevin Chism will .....show you how to run it successfully and why

Do you run Midline at the OPEN A-GAP?
This forces the B-gap defender tackle the dive, opening up a bigger running lane for the QB when he pulls/disengages from the B back.
Do you run it at the OPEN B-GAP?
Some coaches run midline at the 1-tech or open B gap to create advantages in blocking scheme.
Either way, Chism will show you the nuts and bolts to make MID-TRIPLE more efficient for your option offense.

Backfield Mesh & Important Coaching Points for the FB
Four Reads the QB will see...including how to attack a slow-playing pitch defender
Coach Chism will show you how to look at numbers so you always run it the direction where you have more blockers.

Q&A - Do you want the quarterback to attack down the line?