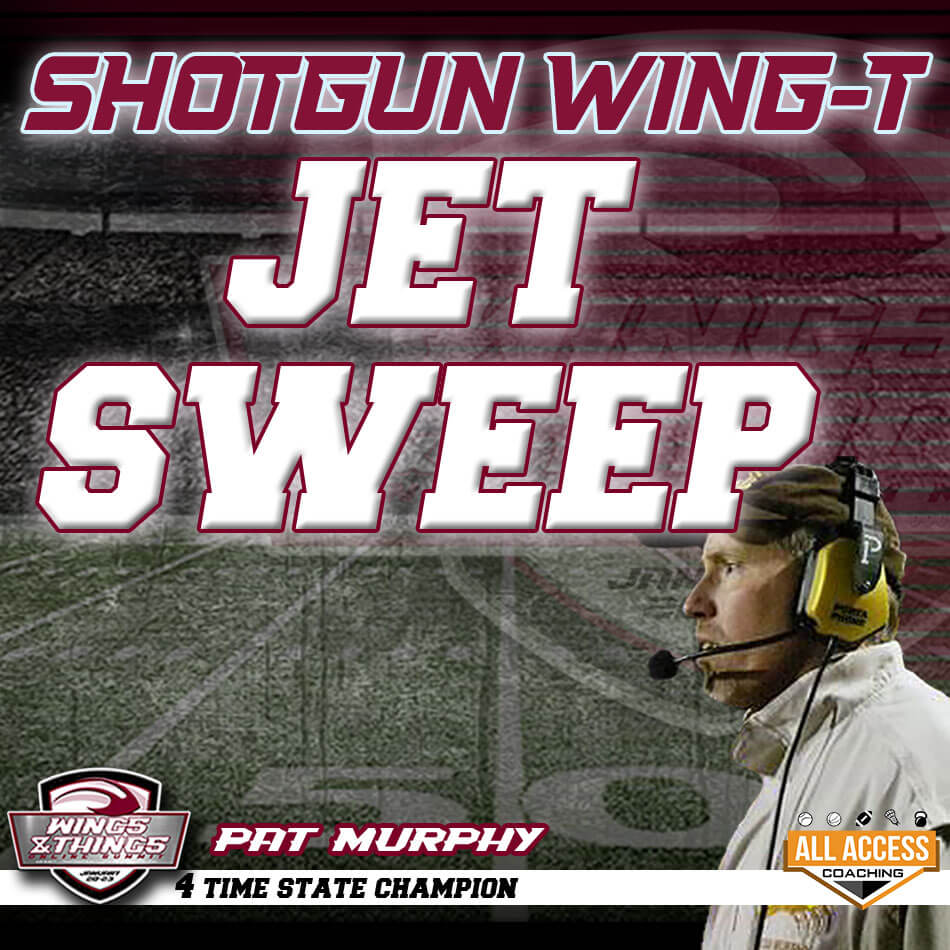 The Jet (or Fly) Sweep has made its way into EVERY offensive attack. WHY?

Gets the ball into a playmaker's hands. Another option for a great WR
Can run it quick side or TE/Wing side.
Good sweep play to a 2-man surface.
Great against blitz.
Run the JeT to the Strong side to protect against quickside blitzes
Gets the Defense Running. Make them run sideline to sideline
Protects your bucksweep when defenses overload the TE/Wing side or slant strong.
The 4-time state champion takes you thru the Jet Sweep from both under center and the Gun...with game film of both to show you advantages and disadvantages.

Motion by faster WR types do not show tendencies because defenses expect motion from the Gun
An easy transition because the Oline technique is the same.
The complimentary plays are better from the gun, especially Play Action.
Gives you an empty set run play
Gives you a 3 x 1 set run play
Game Plan the JeT and run it to the slowest DE. Run it to the worst Force Defender.

Game Film of the Push Pass