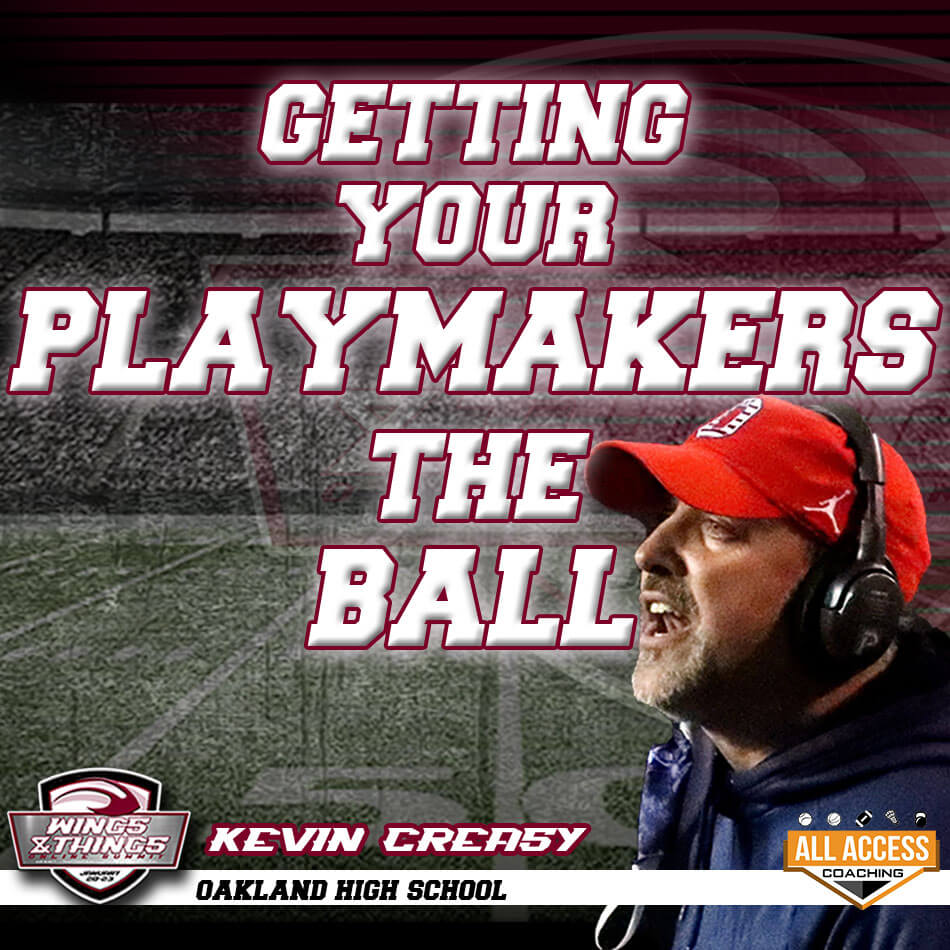 Getting Your Playmakers the Ball

It’s a simple concept – you need to get the ball to your best players!

It’s a simple concept - you need to get the ball to your best players!

No matter what level of football you are playing the worse thing an Offensive coach can do is, take the ball out of the hands of their best players.
Coach Kevin Creasy explains how they move their players around to get their players to different positions to make sure you get the players the touches they need but also account for situations like injuries.

In this video Coach Creasy explains how he has used 3 different offensive Ideologies to achieve this goal:
Combining the Wing-T, the Spread, and Multiple I

Keeping with the idea-a formation is not an offense-but a method in helping move the football Coach Creasy has achieved these results over the past 4 seasons:

QBs TD to Interception ratio has been 23 to 3

If you are looking to take your offense to the next level and find more production with less plays, this is the course for you!