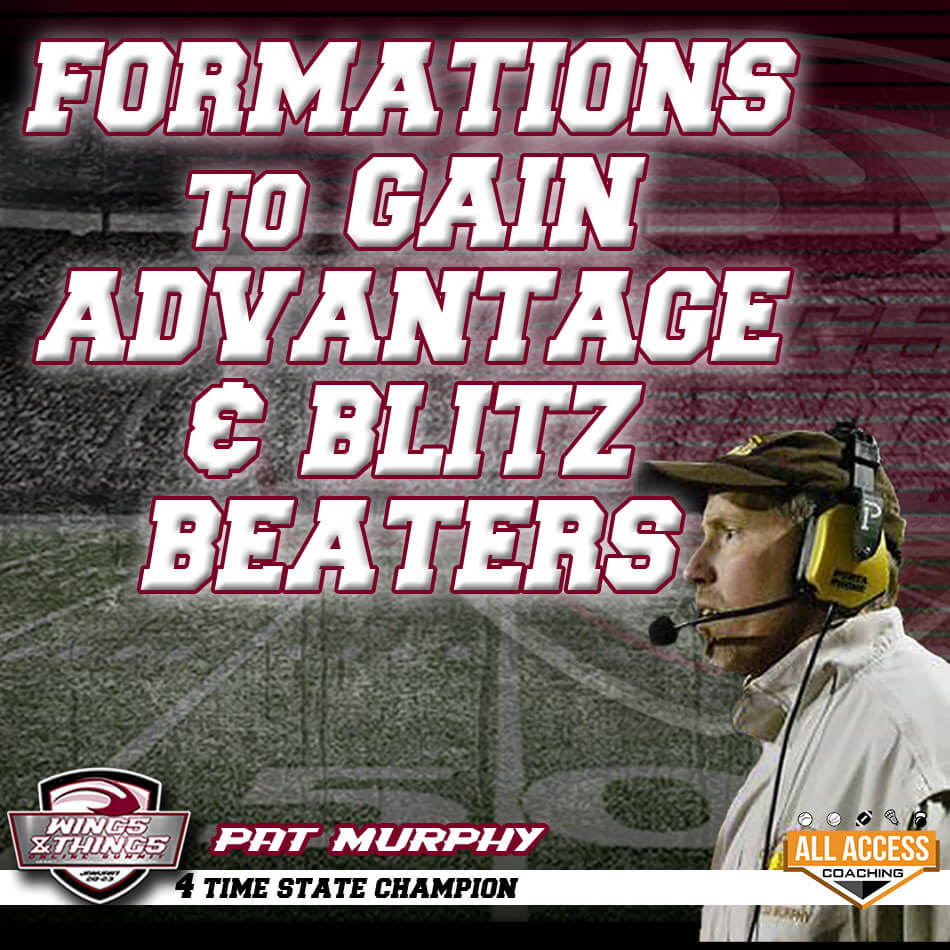 Pat Murphy is one of the originators of the Shotgun Wing T….

Pat Murphy is one of the orginators of the Shotgun Wing T....

Using comparisons, Murphy shows you traditional Under Center formations and how they correspond to the Shotgun.

Murphy has been a WingT guy all his life and was a very successful Under Center coach before transitioning to Shotgun....which led to the 4 state titles.

BONUS ALERT: He also shows you why a WING-T state champion believes Inside Zone is a great play and why he runs it.

But he hasn't lost his decoder ring because....

Buck, Belly, Jet
Follows the Wing T order of football: Base Play, Counter, Play Action
FORMATIONS Covered answers the important question: WHERE DO YOU PUT THE HALF BACK?