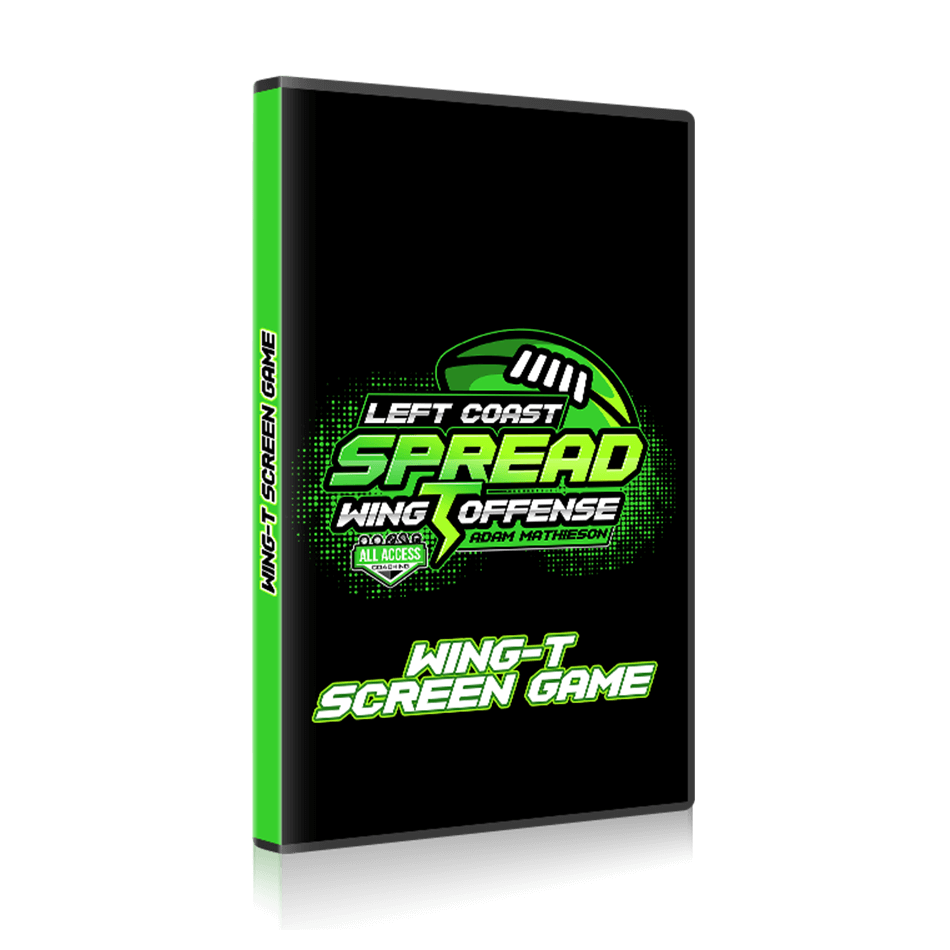 Coach Mathieson shows how he runs WR QUICK Screen off of the Buck Sweep and Power run plays!

Then he shows his MIDDLE SCREEN, or Tunnel Screen, INCLUDING how to make it a dual read play!

Coach Mathieson also breaks down his "fox" double move options off of the hot screens, as he details the all the assignments for the OL, WR's and QB.

Coach Mathieson also talks about how he double reads his “shovel pass," which is a dual read play combining a hot screen and traditional counter criss cross blocking.Coach Mathieson's simple terminology allows you to run this out of many different formations (1 or 2 back, 2x2, Trips, Tight End sets, or Empty)

He wraps it up with his HB DIRECTIONAL SCREEN, INCLUDING how to make it a dual read play as well!