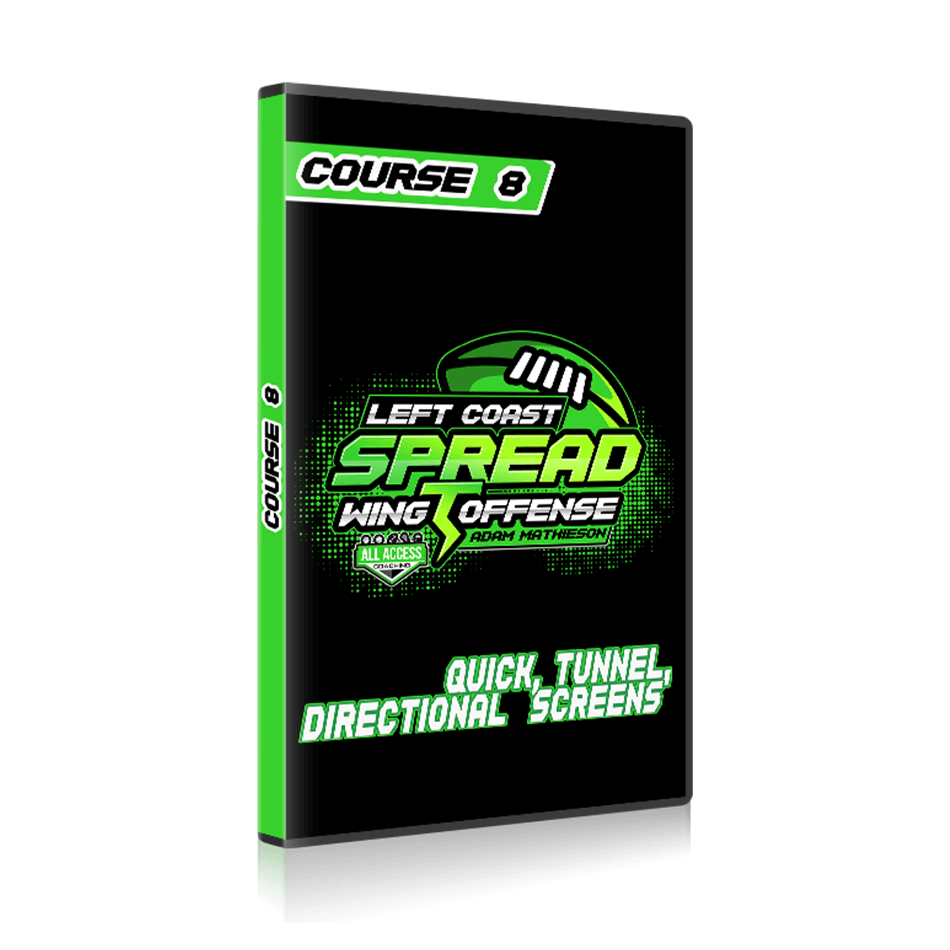 Coach Mathieson shows how he runs WR QUICK Screen off of the Buck Sweep and Power run plays!

Then he shows his MIDDLE SCREEN, or Tunnel Screen, INCLUDING how to make it a dual read play!

He wraps it up with his HB DIRECTIONAL SCREEN, INCLUDING how to make it a dual read play as well!

Coach Mathieson's simple terminology allows you to run this out of many different formations (1 or 2 back, 2x2, Trips, Tight End sets, or Empty)

His examples are Buck & Power, but you could run these screens off any of the Wing T running plays

What This Course Covers