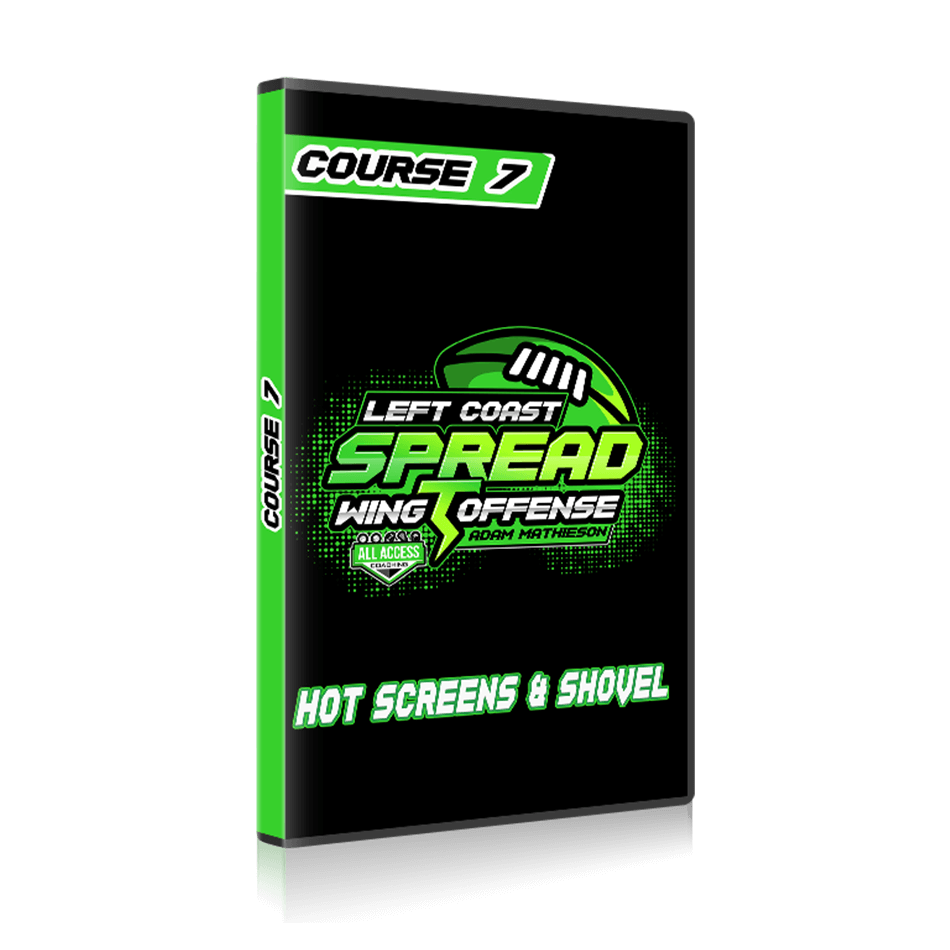 Coach Mathieson also breaks down his "fox" double move options off of the hot screens, as he details the all the assignments for the OL, WR's and QB.

Coach Mathieson also talks about how he double reads his “shovel pass," which is a dual read play combining a hot screen and traditional counter criss cross blocking.

What This Course Covers