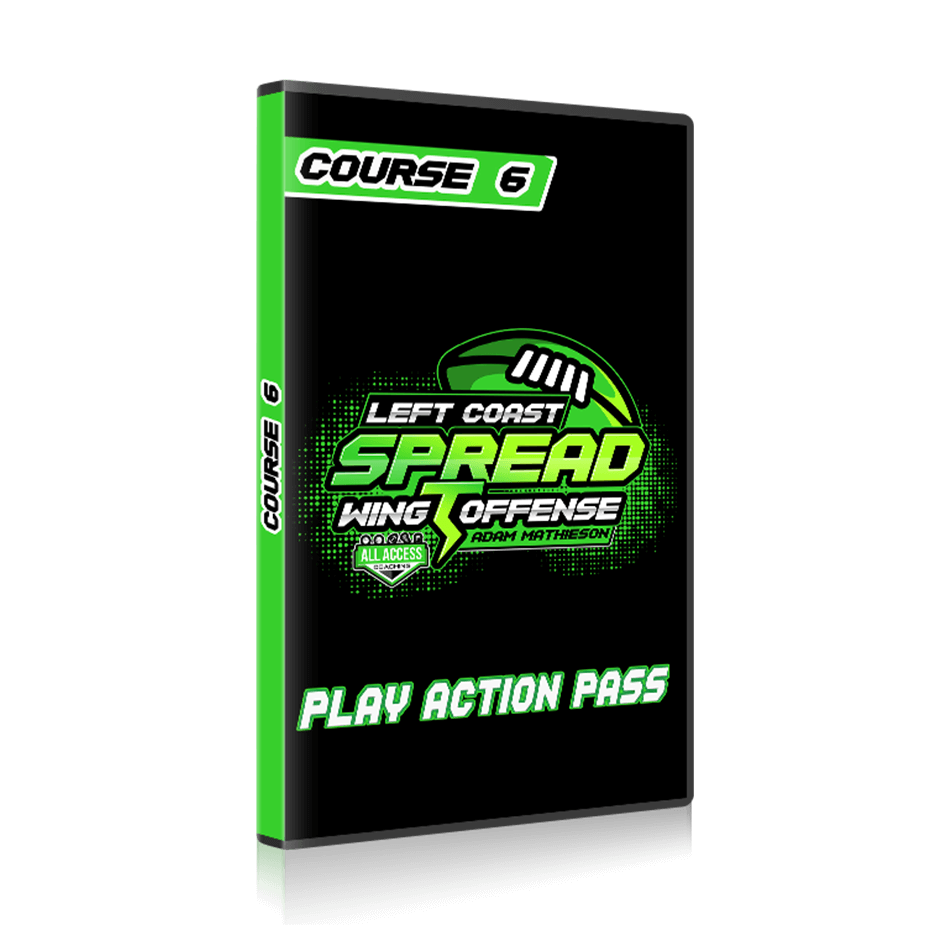 What happens when you create a system that is rooted in time tested West Coast Passing concepts, while combining modern Spread / RPO principles and traditional Wing-T Gap blocking patterns?

This video series focuses on the quick passing game. The Quick Game Series is our basic short passing game combining short drops by the QB with quick routes by the WR. Routes are based on timing. The Quick Game Series can keep the H Back involved in protection and or release him into the route scheme. Coach Mathieson uses a traditional progression read in operating his quick game in order to accelerate the decision making process of the QB as he works from one read to the second and so on. Coach covers the basic principles of the quick game as well as player(s) tags in order to maximize its effectivenss on game night.

Go
Whip
Drive
Then progressing to the 2-Receiver Surface:

What's in this course

Waggle Switch Waggle to TE side