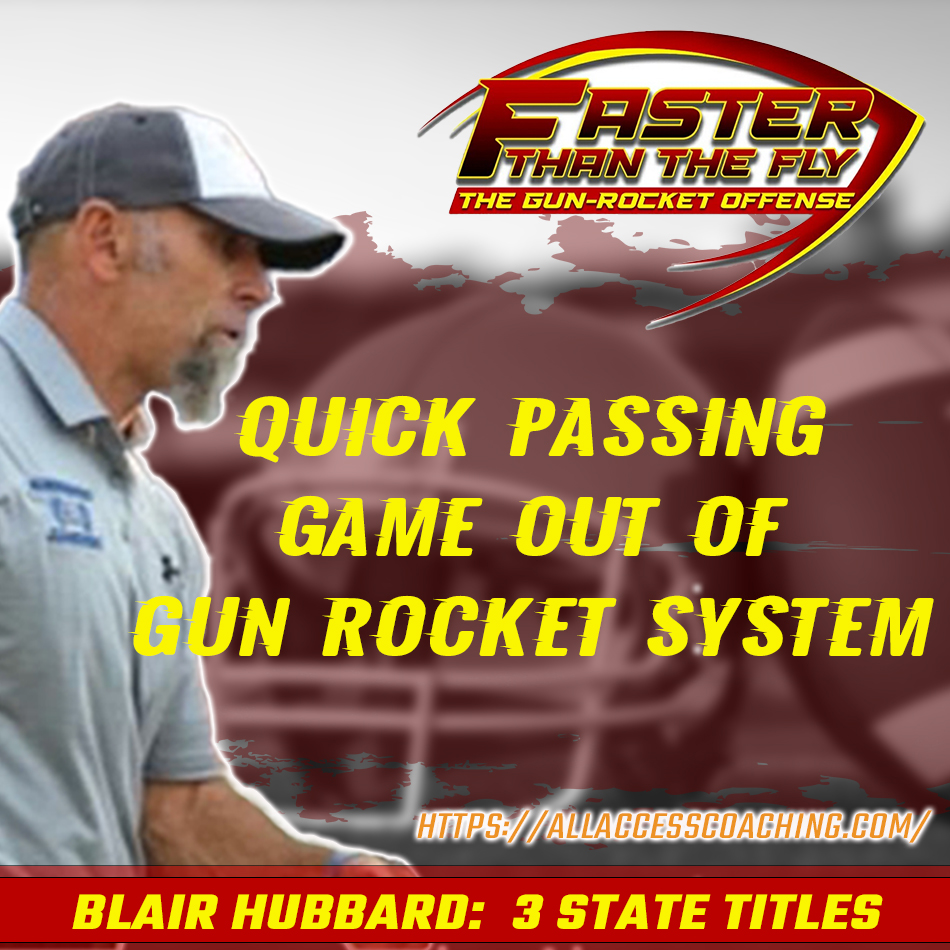 Faster Than The Fly System

You will see how the influence of the rocket sweep motion can turn your simple quick game slant, hitch, speed out, or fade schemes into big plays by moving defenders a step or two out of position.

Because of the speed of the rocket sweep to the perimeter the defense has to adjust to stop it and when they do, they often get themselves out of position to defend the pass.

Safeties out of position by a couple steps opens up deep completions with the fade. Linebackers running with motion opens up wide passing lanes for slants and hitches. Every pass scheme in this system will always come with an explanation of how to protect the quarterback.