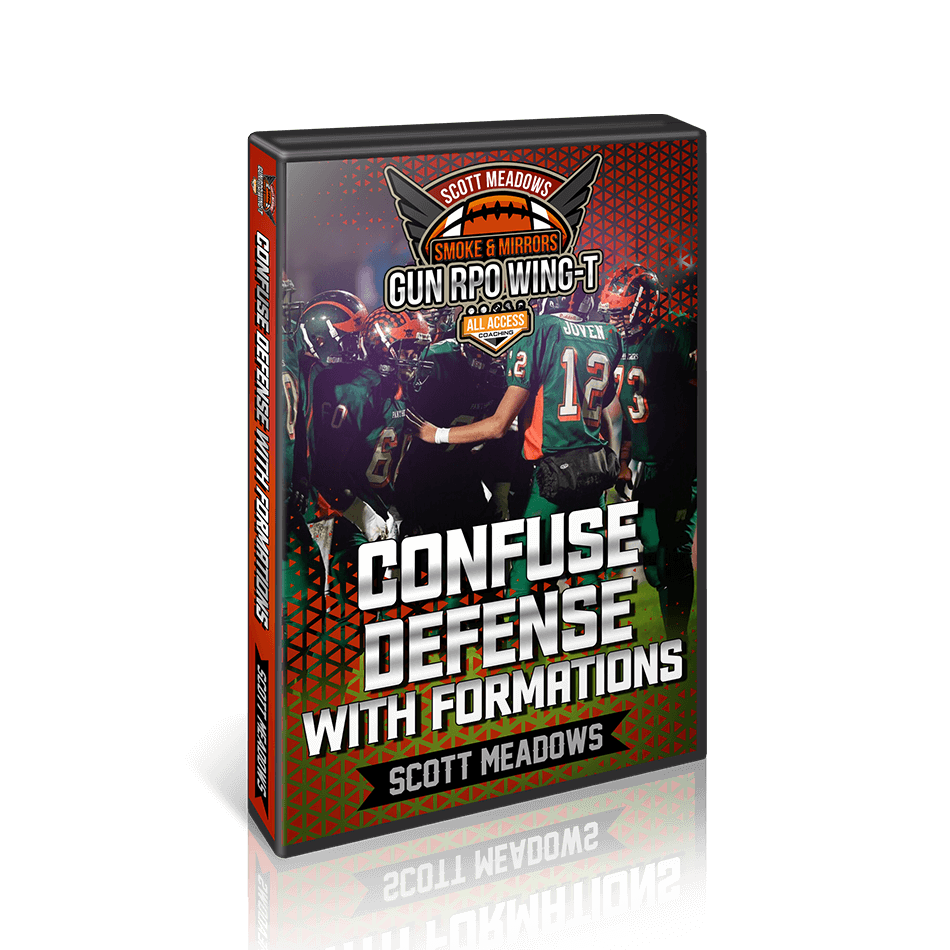 Need a way to Simplify your Offense yet Complicate things for the defense?

Need a way to Simplify your Offense yet Complicate things for the defense?

Use Formations to outflank defenses and create mismatches. Put their STUD in a bad position.

Confuse linebackers and secondary players; Make them slow down and think during the game.

Take precious practice time away from Defensive Coordinators by making them teach how to line up to you.

The Smoke and Mirrors RPO Wing-T has over 200 easy to remember Shotgun formations, but 73% of the offense is 6 run plays.

In 4 years of using this system, his teams have only had 2 penalties for misalignment.

The Smoke and Mirrors RPO Wing-T Formation System can be adapted to almost any offense and situation.

*This course includes downloadable, printable PDF's of all formations, 268 slides in all.