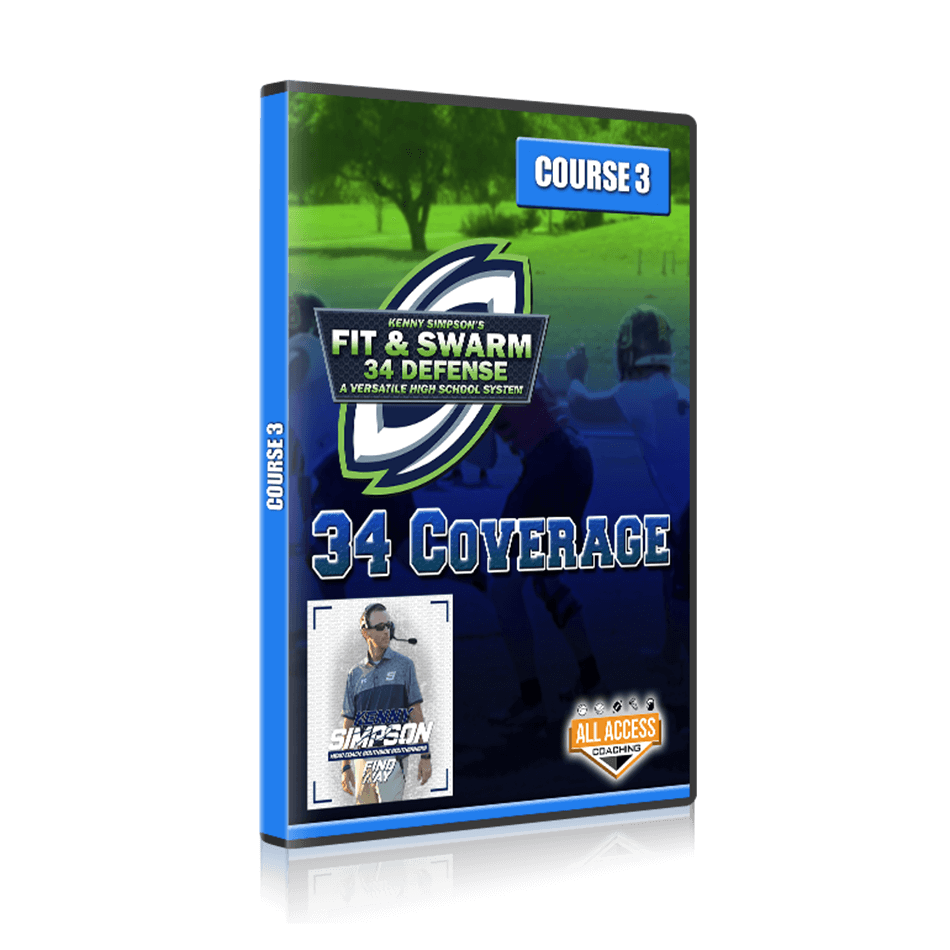 How Do You Rebuild a Program With Only 8 Wins in 5 Seasons?

How Do You Break a 20-game Losing Streak?

And while his GUN-T offense is setting scoring records, DEFENSE has been the foundation to a turnaround that includes four consecutive winning seasons & two conference titles.

The 2017 4A Conference Coach-of-the-Year is ready to teach you his FIT & SWARM 34 Defense.

One guy FITS while the rest of the team SWARMS to the ball carrier.

Create big Plays by putting kids in the right position

Line up against any formation in the base coverage
If the Offense comes out in something you didn't rep...at least line up correctly without any blown coverage
This is a SYSTEM...adjust to any formation, adjust to any route because it is built into the system

Split Field Coverage cuts the learning in half
Line Up and DEFEND
Trips
2x2
Tight End
2-back Looks
Empty
Pattern 2 Read is the base coverage.

Learn when should a DB stop backpedaling and "flip" the hips