If- Then Statements in the Wing T – (Holmes & Simpson)

The Wing T System is built on IF-THEN statements

Learn from BOTH Under Center & Shotgun Wing T Masters

No Air Raid, No RPOs…just good, fundamentals with blocking rules that have answers to every defense.

Tackle Trap is the counter off the Belly Fake
the misdirection to take advantage of overly aggressive defensive players .
Catch your opponent off guard and neutralize a fast attacking defense with an effective counter game.
Do Your Blocking Rules Change During the Season or You ADD a blocking rule because you are facing a defense that you don’t have the answer for?

What do you do if the D-Line slants, squeezes, chases, or runs upfield.
What is your answer when the Inside Linebacker blitzes, scrapes, read Guards.
Roger Holmes counter series offers an excellent change up for teams who are running power plays with success and seeing the defense taking chances to get back in the game.
The counter will freeze the feet of high octane athletes who want blow up your precision timed offense.

PLAYSIDE PROBLEMS
Wide 9-tech D-End. or the very good D-End who is headup on your Tight End
BACKSIDE PROBLEMS
Under fronts that outnumber your backside…..you need Simpson’s “”STEAL”” call
What about great backside Inside Linebackers or heavy blitzing?
Simpson loves RPOs and Play Action Passing to stop teams from crowding the box to stop Buck Sweep.” 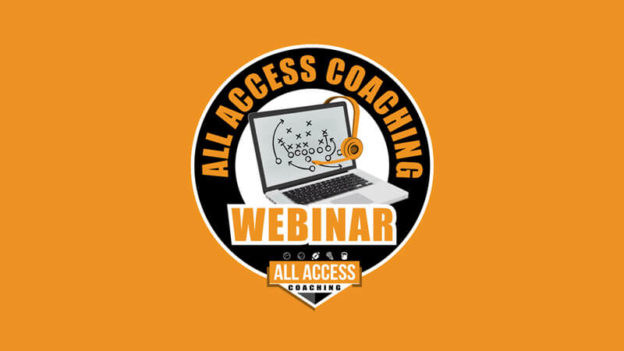