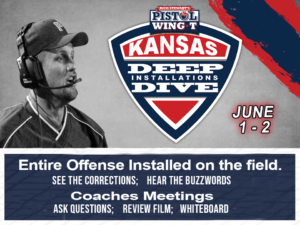 And every coach that attends will get 20% off any system materials..

1pm - LUNCH at the school. Chance to Ask Questions

1pm - LUNCH at the school. Chance to Ask Questions

Creator of the Pistol Wing T