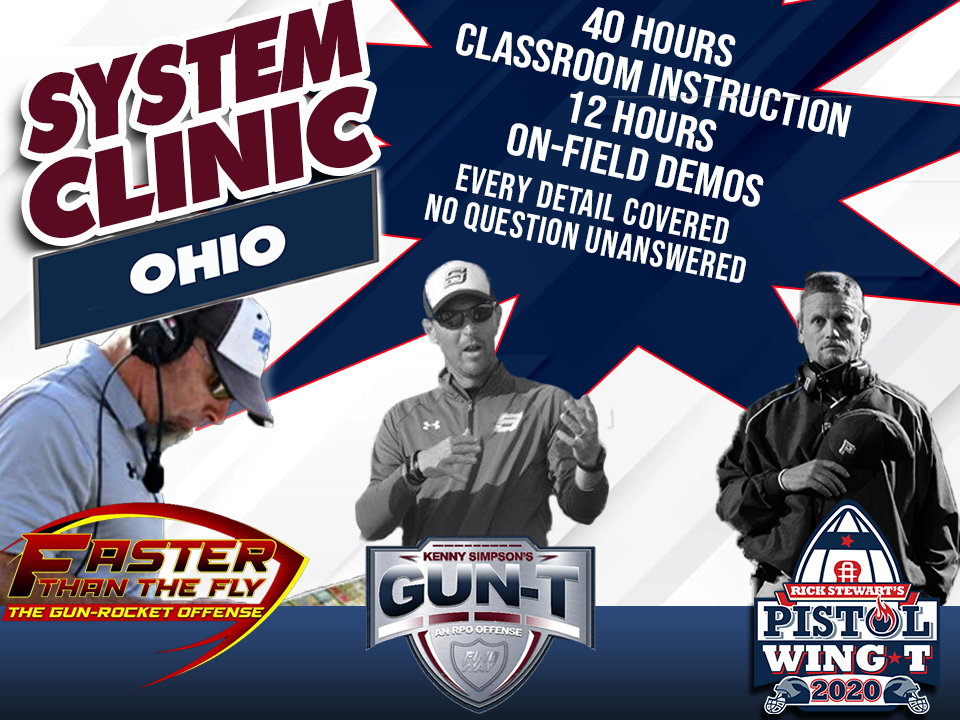 includes recordings of Simpson’s clinic in Batesville and 6 of Stewart’s courses that are currently on CoachTube.

9pm Social at Casino next door to Host Hotel

Coach Simpson has served at three schools as the Head Football Coach: Searcy High School, a 6A school in Arkansas in 2020.  Before Searcy, he was the Head Football Coach at Southside Charter.  Taking over a program that had won eight games in five seasons and had been on a 20+ game losing streak, Simpson has led Southside to the playoffs for four-consecutive seasons and won two conference titles in the past three seasons. For his efforts, he was named 4A-2 Conference Coach of the Year (2017), named to the as a finalist for Hooten’s Coach of the Year (2017) and has been the All-Star Nominee for the 4A-2 (2016 and 2019). He was also selected to coach in the 1st FCA Texas-Arkansas All-Star Showdown (2021). Simpson’s teams have qualified for the playoffs the past 5 consecutive seasons

Blair Hubbard is one of the most successful and winningest coaches in the state of Colorado. Over a 20 year career, he has won 209 games, including 35 playoff wins.  He has led three different programs to the state playoffs, including SIX state championship games, a Semi-Final finish, and 14 League Championships. Hubbard has been named the Colorado state coach of the year twice.

He has spoken at over 30 national football clinics, has helped install his offensive system at many schools around the country, and even some collegiate teams have sought him out for install advice on his system.  Five schools won championships in their 1st year running the system, including 3 state titles.  Those five schools overall record in their first year was 59-5.

Two time Ohio Coach of the Year Steve Channel has an overall record of 197-89.

He then took over Miamisburg Ohio, a struggling program that had not had a winning season for 15 years and had only won 6 games in the prior 3 seasons. That immediately changed when Channell switched Miamisburg to a Wing-T offense that produced a 7-3 debut season. That signaled the start of Vikings football relevancy that produced four consecutive playoff teams and a combined 52-24 overall record under Channell.

Jim McKee of Scott County High School in Kentucky has been a head coach for 27 years, 25 of them at Scott County.  Playing in the highest classification, McKee’s Cardinals had 12 consecutive seasons with 10 or more wins, including a perfect 15-0 in 2013.  His 229 wins is 25th most in Kentucky history.

I was able to secure a great rate and you can book your room for just $129/night by clicking here.
There is a casino connected to the hotel.
All the speakers will be at the Friday night social at the casino to answer questions